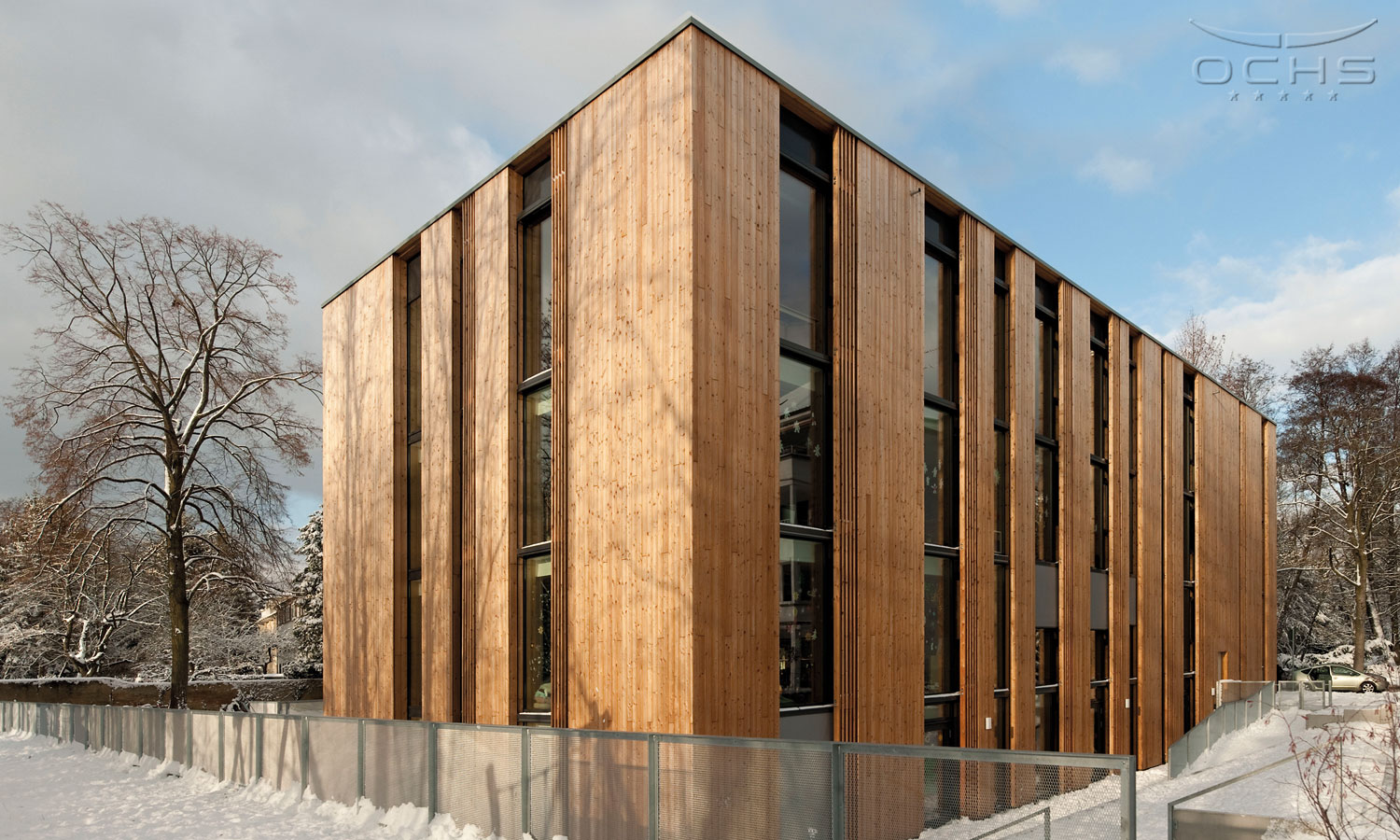 Appraised by the jury: The timber construction expansion and conversion of the former public health office in Offenbach into a single-class primary school, including a nursery school and kindergarten, has been exemplary with regard to its design, constructive approach and urban development aspects. Accordingly it was recognized by the jury as an extraordinary success.
The existing structure was commendably integrated. The villa, first constructed in the 19th Century, was expanded in 1965 with a simple cubic structure. Although the materials and colour-concept were carried over at the time, the building proved severely lacking in volume and appearance and did not achieve the architectural quality of the villa, itself.
The demand for space brought about by its new purpose made a further expansion of the annex through an additional storey necessary. A steel and wood supporting structure was used in order to comply with height specifications and to retain a freely suspended ceiling where possible. Steel supports form the framework, onto which further timber structure is attached to support the high-insulating wooden facade cladding made of untreated larch wood, as well as the roof.
Planners and craftsmen succeeded in creating a stand-alone structure that conveyed an airy and well proportioned appearance. It stands with confidence next to the red brick villa. The sharp contrast between the building structures is enticing, stimulating and mutually supporting. The old facade structure has been integrated. The roof elevation causes an apparent elongation of the elements, allowing the facade to appear elegant and balanced. Room-high windows and the play with half-open, half-closed wooden strips guarantee ample lighting throughout the premises. 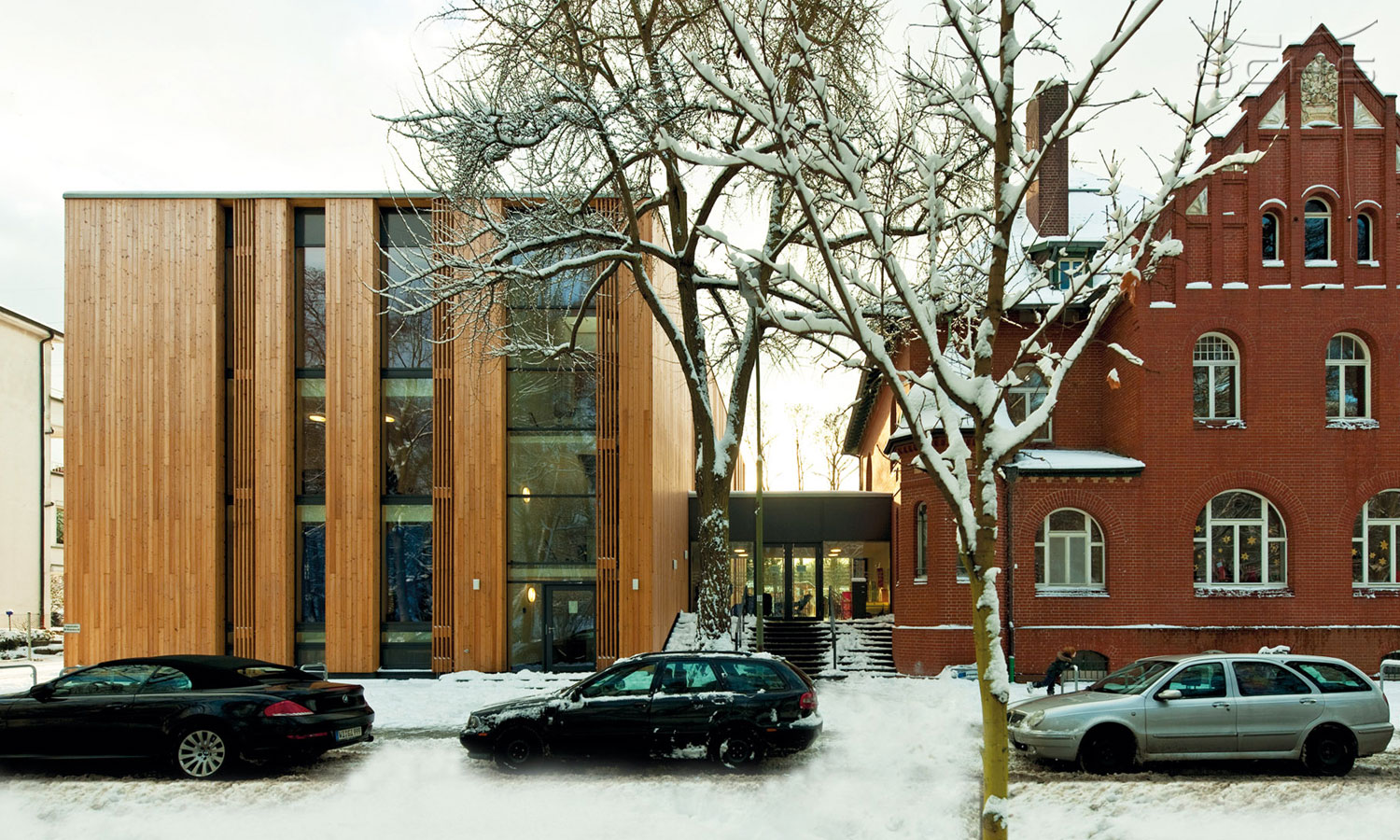